The Black Candle Volume II: Into the Pentagram 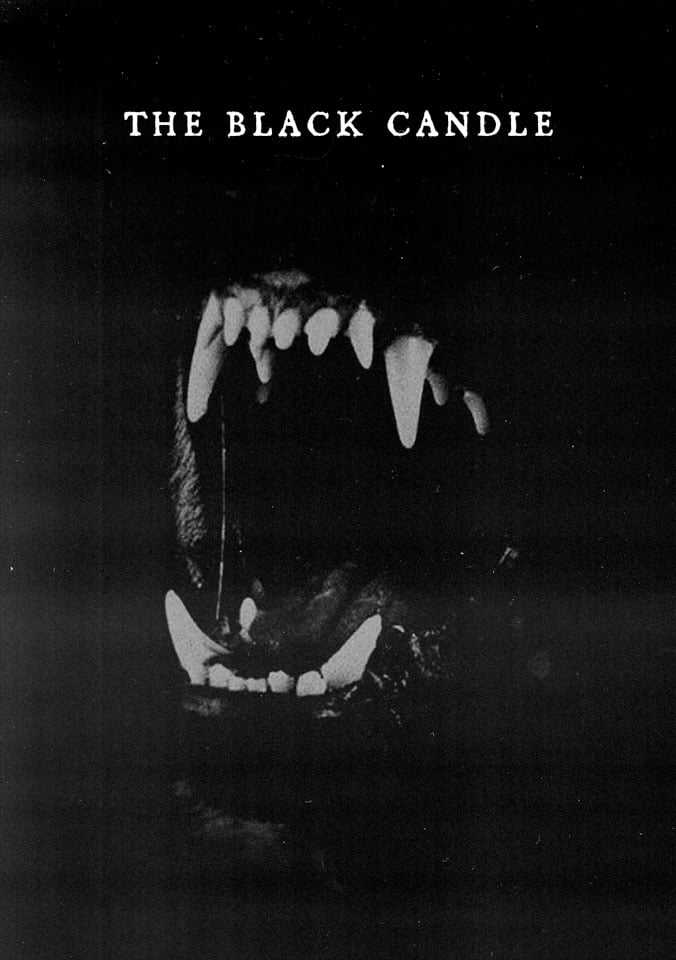 "May the wolves start to howl again. May the age of darkness arise. May we touch the black flames of the past again... and forevermore." - Emperor, MCMXCIV A.Y.P.S.

VENT
"One example for profound misanthropy are the poems of Charles Baudelaire, which are more misanthropic than 90% of all "Black" Metal releases."

ENDALOK
"For me it always comes down to the atmosphere, Black Metal is this very primal and unique artform that just has this certain atmosphere to it that gets under your skin. It’s what got me hooked on this kind of music. Black Metal can be an escape tool, a meditative implement or simply put a home away from home."

OCCVLTA
"We are just rock’n’rollers like Immortal and Venom, playing a musical style called Black Metal with lyrics about things that inspire us."

MOENEN OF XEZBETH
"We are definitely not a retro band because we're not consciously trying to ape anything. Of course there's a vision behind the band, there's a goal, we know how the music is supposed to sound: we're not into modern Black Metal or clean sound quality. Add that to the fact that we record on tape and do almost everything ourselves and you've got releases that sound like they come straight out of 1993."

MALAKHIM
"I think we all agree upon the fact that Black Metal has to stand for something, and that this something is in its own essence Satanic – and I may have taken some freedom with that particular line myself – but it should be an expression of counter culture, against the norms and ideals of mainstream ideology. To me that’s the lowest common denominator of the band, the acceptance that black metal IS counter to mainstream culture and serves a darker intent."

NAHTRUNAR
"This dark side of existence can never be excaved by any verbal thought or intellectual act. The night is yet another symbol to represent the gate to this abyss, essentially something that we can never speak of."

KRIEG
"People celebrate nihilism, but until they've hit that kind of bottom with no end in sight and no desire for that end they don't really understand it."

SOVEREIGN
"I don’t necessarily think that an interest in the occult is something ‘sparked’ so much as it in an intrinsic nameless quality present in some and absent in others. There is a call, and if you have ears to hear it, so be it. I’ve always walked the Earth an adversary, whether I had the ability to put that into the correct terminology or not. The occult is a horizon for those with the inner flame."

The price is postage paid in Austria. If you're happy enough to not live here, please pick your option. And yes, shipping is brutally expensive. Don't blame me.